Atrophy is now considered Pre-malignant instead of Benign

Hypoxic hypoxia - less O2 enters the blood stream due to

- Cell or a tissue is exposed to toxins leading to inability to use O2
e.g,
- Cytochrome inhibited by cyanide (associated with IV Nitroprusside long duration - usually given by microdrip set
- Cyanide posioning - brick red Rx -
- Vit B12 [methylcobalamine] converts into cyanocobaiamine which is water soluble, excerted by kidneys - Amyl nitrate - Sodium Thiosufate

100 Normal pattern is a single band

Zenker’s degeneration is a type of necrosis 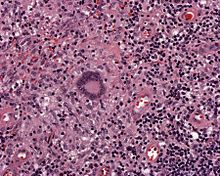 If cellular debris is not promptly destroyed, they provide a nidus for deposiition of calcium salts and other minerals. This phenomenon is dystrophic #calcification